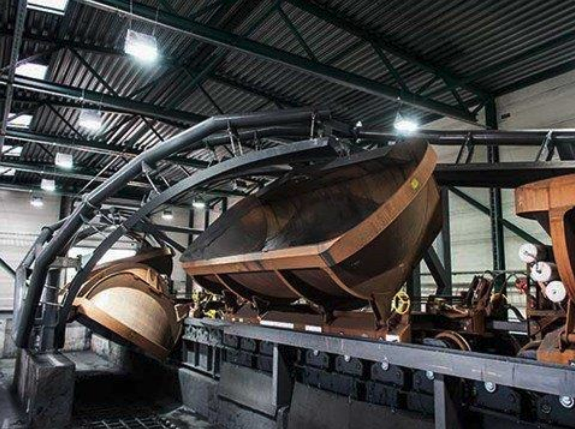 Macarthur Minerals is progressing towards completing its route to market for the Moonshine magnetite deposits at the Lake Giles iron project in Western Australia.
Australian Mining.

Macarthur Minerals is progressing towards completing its route to market for the Moonshine magnetite deposits at the Lake Giles iron project in Western Australia.

The company is working with Southern Ports Authority and Arc Infrastructure on the potential development of rail wagon and unloading technology at the Port of Esperance.

This could open up trade through Esperance through a boost in out-loading speeds.

Macarthur has engaged RCR MT to provide conceptual engineering and design solution for rail transport and unloading infrastructure of magnetite concentrate at the port.

The NRW subsidiary holds a licence to develop the Helix Dumper system in Australia, which has been implemented in Scandinavian magnetite operations.

Macarthur expects the Helix Dumper system will be capable of handling tonnages well in excess of its immediate requirements for the Lake Giles iron project.

It can boost the existing capacity of the berth three ship-loader from 2200 tons (1996 tonnes) an hour to around 4500 tons an hour.

The dumper system is expected to match increased out-loading speeds to get more tonnes through the port, given its design capacity potential of up to 25,000 tons an hour.

“Macarthur is continuing to forge ahead with a systematic approach to delivering every component of the infrastructure pathway that is necessary to bring Macarthur’s Lake Giles iron project into production and to see the first ore go over the ship’s rail,” Macarthur president Cameron McCall said.

“There is a very real concerted energy building around the Lake Giles iron project and the company is exceptionally excited to be working collaboratively with the great teams at Southern Ports Authority, RCR MT, Arc Infrastructure and above rail service providers to introduce cutting edge ‘Helix Dumper’ technology to the Port of Esperance.

“With the added capacity that the ‘Helix Dumper’ technology can deliver, the company considers that there is a real potential to facilitate increased trade through the Port of Esperance and to contribute to the future economic growth and job security for workers at the port and in the Goldfields region.”

RCR is expected to complete its engineering design report in coming weeks, followed by decisions on the preferred option of unloading infrastructure at the port.

Macarthur has lodged applications for haul road and rail loading tenure that transports magnetite from Lake Giles to the existing rail network heading to the Port of Esperance.

The company is now negotiating for the development of a storage shed for the Lake Giles magnetite concentrate.